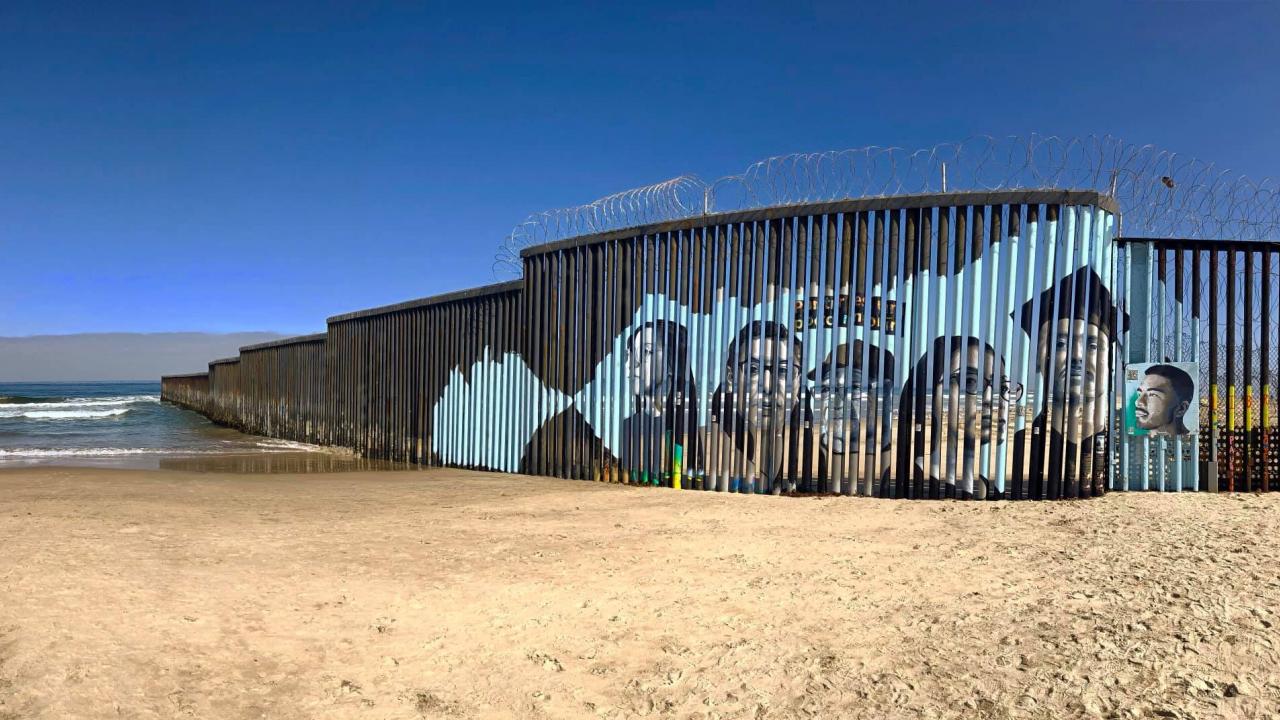 A UC Davis student is telling the stories of people who came to the United States as young, undocumented immigrants, and she’s doing it in one of the most prominent places imaginable: the razor wire-topped border wall in Tijuana.

A mural project envisioned by Lizbeth De La Cruz Santana, a doctoral student studying Spanish, and made possible by a Mellon Public Scholars Fellowship, was completed last week on the border wall at Playas de Tijuana. The artwork, led by artist Mauro Carrera and painted by Carrera, De La Cruz and about 15 volunteers, depicts the faces of people who came to the United States as children.

“I had the urge to show the faces behind immigration to better inform the public of the individual stories of such a complex issue,” De La Cruz said. QR codes on the mural link to UC Davis-produced videos about the subjects, who include veterans, beneficiaries of the Deferred Action for Childhood Arrivals policy and more.

To watch the videos visit: https://www.ucdavis.edu/news/download-border-wall-mural-soil-flat-universe?utm_source=datelinehtml&utm_medium=datelinenewsletter&utm_campaign=dateline_20190813