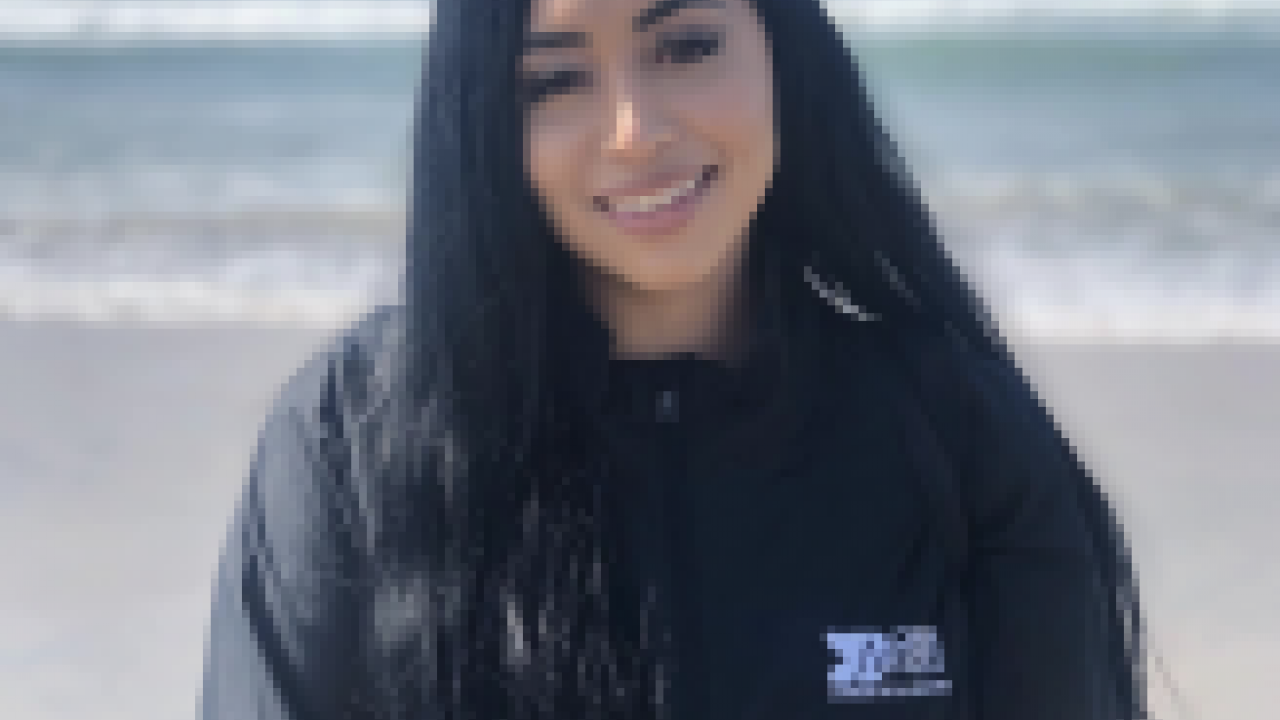 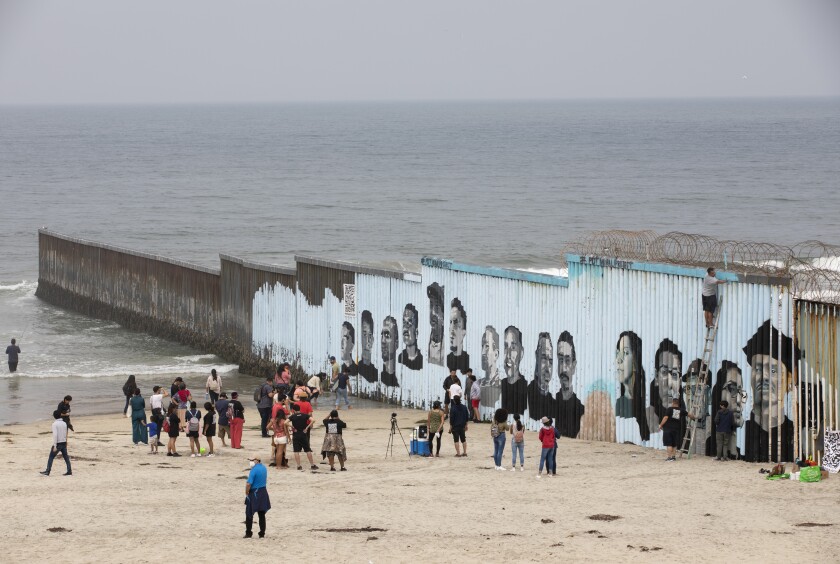 An interactive mural unveiled over the weekend at the Tijuana-San Diego border fence highlights the stories of 15 individuals who were brought by their parents to the U.S. at a young age.

Some of them faced deportation to Mexico, while others remain in the U.S. under the Deferred Action for Childhood Arrivals, or DACA, program.

The mural, spanning 150 feet across and reaching 20 feet high, is in Playas de Tijuana, next to the Mexican side of Friendship Park where the border fence meets the Pacific Ocean.

Each portrait is accompanied by a QR code, which links to a website detailing their immigration stories.

The Playas de Tijuana Mural Project, three years in the making, is part of the doctoral dissertation of Lizbeth de la Cruz Santana, 30, a student at UC Davis.

This site has a special meaning for De la Cruz, because it was on this beach that her father crossed the border undocumented before she was born. Later, her father obtained legal status through an amnesty law by former President Reagan.

The project received financial support for its first stage — which included the painting of the first five faces — by the UC Davis Mellon Public Scholar, which awarded $7,500 to De la Cruz. For the second and final stage, unveiled Saturday, she received a $10,000 fund by the UC Hispanic Serving Institution Pre-Professoriate Fellowship.

De la Cruz drew each face on a large piece of canvas, and many of the subjects — sometimes with help from family members or other migrants — helped paint in the contours. The canvas was placed strip-by-strip on the pillars that make up the stretch of border fence. By participating, they were able to take ownership of their own narrative, explained De la Cruz.

The project seeks to show how difficult deportation can be for those who arrived in the U.S. — sometimes as newborns — and how they must rebuild their lives in a homeland they don’t know. Also, how they have not lost hope of one day returning to their families in the U.S.

That is the case of Alex Murillo, 43, a U.S. Navy veteran who came to the United States as a baby. In 2011, two days before Christmas, he was deported for a marijuana offense.

“The struggle now is to go back home,” he said. “Just like when we were deployed overseas on a mission, we always wanted to return home, safe and sound to our family.”

Recently, the U.S. Department of Homeland Security announced that it will conduct a review of policies and practices to ensure that eligible current and former noncitizen members and the immediate families of military members are able to remain in or return to the U.S.

Murillo, who now works as a football coach at a high school in Rosarito, hopes he will someday reunite with his family in Phoenix.

Roberto Vivar arrived to the U.S. when he was 6. He was deported after getting in trouble for a petty theft charge in 2003, and deported again in 2013.

Now 65, Vivar said he wishes that with this mural, the true stories of undocumented migrants will be known at a more personal level beyond just statistics.

“We all make mistakes, the same way we can all rebuild our lives,” said Vivar, who in 2014 started a group in Tijuana to support deported veterans to honor his son and grandson, who are part of the U.S. military.

De la Cruz has no plans to retouch the mural, which will be affected over time due to its proximity to the ocean. She expects, based on the materials used for the mural, that it will last at least five years.

She wants to make a statement that, as long as the mural is up, there is time for legislators in both countries to work on immigration. “It’s enough time for the U.S. and Mexico to do something to really help deportees.”