Welcome Back! The Undergraduate Advising Team has missed you! Fall quarter is here and we are ready to see you and help you navigate being back on campus. We have a hybrid schedule, please use the appointment system to make an appointment, https://appointments.ucdavis.edu/default.aspx?office=39.

Congratulations to Gina, who has been selected to receive a 2020-21 Outstanding Graduate Student Teaching Award. This award, which is sponsored by Graduate Studies, recognizes excellence in teaching by graduate students on the UC Davis campus.

He grew up in the US undocumented, but fulfilled his 'American dream' in Mexico

Six years ago Bernardino Hernandez boarded a plane to Mexico City with not much — his high school yearbook, a printer and his college copy of “Thomas More’s Magician,” a novel about creating a utopian community in 16th century Mexico.

Kenton Goldsby of Ferndale was recognized with the Leon H. Mayhew Memorial Award, presented by the College of Letters and Science to undergraduates majoring in music, art or literature for their academic achievement and service to the university.

Oh, the Things You Can Do as a Spanish Major!

When I mention I attend UC Davis, people usually assume I study Animal Science or another similarly scientific major. While UC Davis is known for its exemplary STEM programs, my interests lie in the realm of languages and literature. I love being a Spanish major at UC Davis.

A UC Davis student is telling the stories of people who came to the United States as young, undocumented immigrants, and she’s doing it in one of the most prominent places imaginable: the razor wire-topped border wall in Tijuana.

2/27/19 Meet and Greet with Xóchitl Rodríguez

Meet and Greet with Xóchitl Rodríguez

Rodríguez earned her BA in Spanish and International Relations from UC Davis in 2008 and her MA in Spanish from Sacramento State in 2013. Born in Saint Helena and raised in Woodland, Rodríguez is bilingual, is a first-generation college student, and a US Army veteran and reservist. She was elected to the Woodland City Council in 2016, for a four-year term. She is also active in state government and currently serves as a consultant to the California State Assembly. 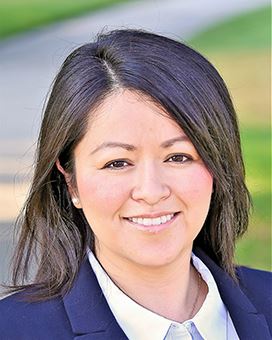 2/27/19 Meet and Greet with Xóchitl Rodríguez