Crossing the Lines: Artistic and Linguistic Transgression, Transformation and Intersection 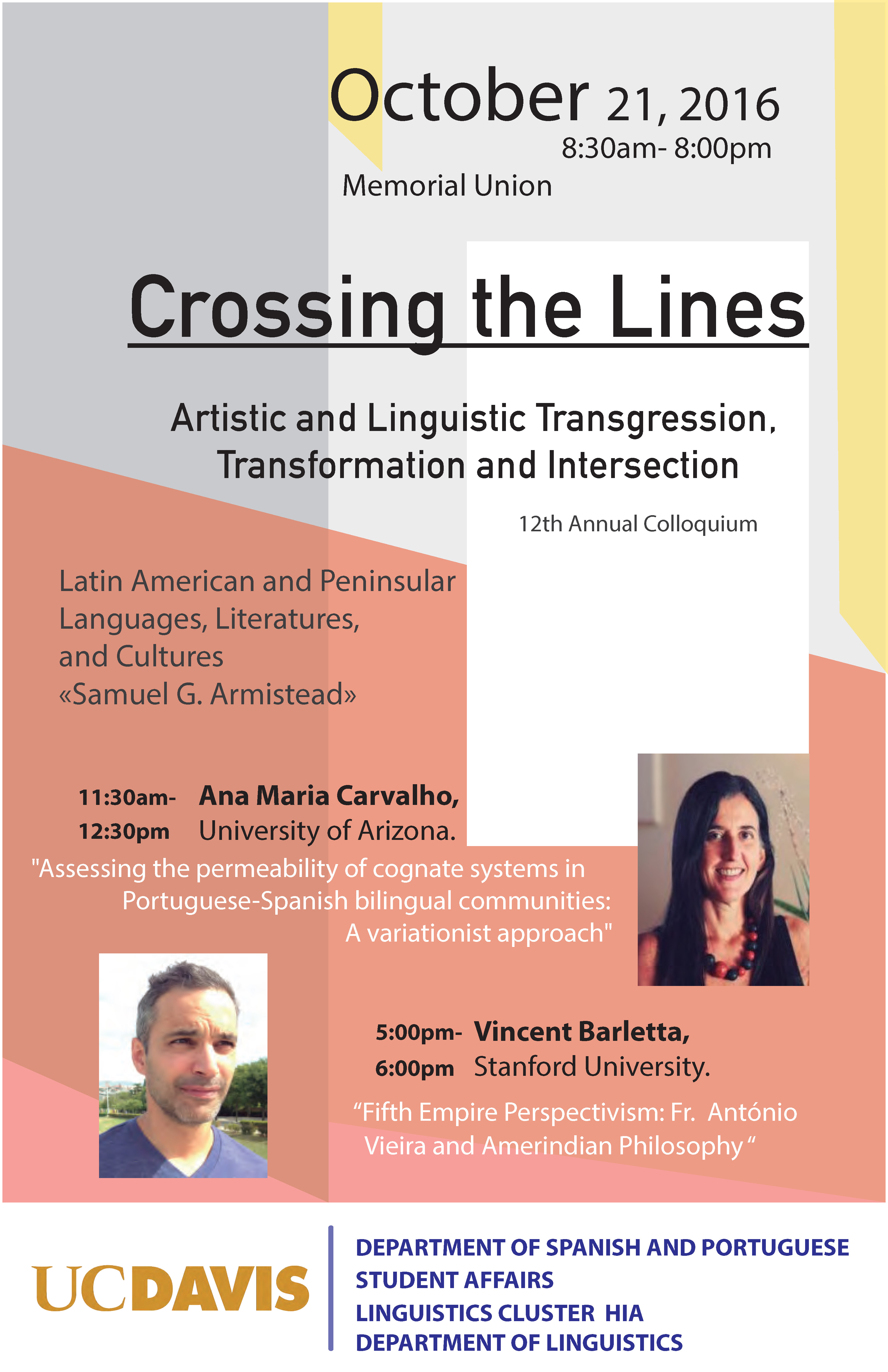 The graduate students in the Department of Spanish and Portuguese at the University of California, Davis are pleased to announce their graduate conference focused on the artistic and linguistic representations of transgression, transformation and intersection, processes that are characteristics of crossing epistemological and territorial borders.

The idea of crossing lines, whether intentional (transgression), accidental (transformation), or transversal (intersection), generates a number of interpretations that question the stability of borders as limits of disciplines, cultural production, language, and (human) bodies. For this year’s theme, we are interested in re-conceptualizing the notion of borders, as the movements between such lines expose hybridity and ambivalence while problematizing subjectivities, bodies, communities, territories, and modes of communication. The crossing of lines dissolves epistemic dichotomies and engenders expansive approaches. We seek to reexamine power relations and substructures of artistic, geopolitical, and linguistic representations.

As in previous years, thanks to support from the UC Davis Department of Spanish and Portuguese, the 2016 registration fee has been waived.

For additional information, including our CFP, please visit https://coloquioucdavis.wordpress.com/.